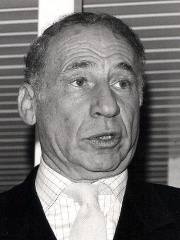 ©
Humor is just another defense against the universe.
6

Analyzing humor is like dissecting a frog. Few people are interested and the frog dies of it.
E. B. White