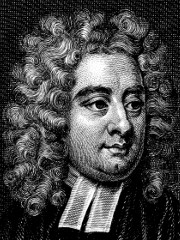 The best doctors in the world are Doctor Diet, Doctor Quiet and Doctor Merryman.
3

My doctor told me to stop having intimate dinners for four. Unless there are three other people.
Orson Welles

An orgasm a day keeps the doctor away.
Mae West

First the doctor told me the good news: I was going to have a disease named after me.
Steve Martin

My doctor gave me two weeks to live. I hope they are in August.
Ronnie Shakes