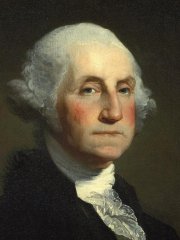 To be prepared for war is one of the most effective means of preserving peace.
2