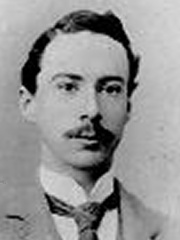 War doesn't determine who's right - only who's left.
18

You can't say that civilization don't advance, however, for in every war they kill you in a new way.
Will Rogers