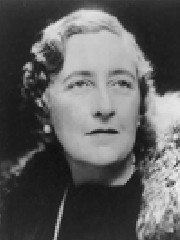 Coffee in England always tastes like a chemistry experiment.
0

If we knew what it was we were doing, it would not be called research, would it?
4