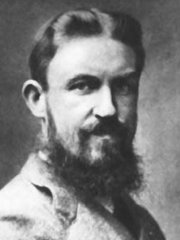 Imagination is the beginning of creation. You imagine what you desire, you will what you imagine and at last you create what you will.
5

©
In the beginning the Universe was created. This has made a lot of people very angry and been widely regarded as a bad move.
4

I do not see any other way of realizing our hopes about World Organization in five or six days. Even the Almighty took seven.
5

Most men love money and security more, and creation and construction less, as they get older.
2

The secret of creativity is knowing how to hide your sources.
5